Second Hand Heart, by Dwight Yoakam (Album of the Week) 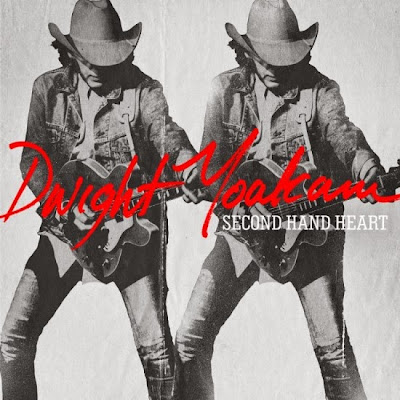 I may as well admit straight-out that I like Dwight Yoakam.  I’ve liked him ever since one of his songs showed up on a mix tape given to me be a musically sophisticated friend. It might have been “Fast as You”, or maybe “Thousand Miles from Nowhere”, but I remember being shocked that I was hearing twangy country music amidst the latest hits from England and New York.  I hated it – for about a minute.  Then I loved it, and I still do.

If you’ve listened to Dwight Yoakam before, his latest album isn’t gonna change your mind about him.  It’s another platter of broken hearts, tough luck and skepticism.  In the up-tempo opening song, he promises that all the hurts of love will disappear, not in his arms, but “in another world”.

In the second song, “She”, he sings that a woman won’t show you what’s really going on in her heart, and it’s not till the song’s half way through that the “you” being addressed isn’t a general term – it’s an individual, and the “she” shows the truth in her eyes to the singer.  It’s no longer a general complaint about the difficulty of communication between men and women; it’s a tale of betrayal and hidden love.

If it weren’t for broken hearts, Dwight Yoakam might not have much to sing about.  By the third track – the title track – two world-weary souls are warily contemplating giving love a try, though she suggests “It’s better off just not to start/Than to have to watch us fall apart.”  By the end of the song, though, she’s recalling that when she “trusted love I dreamed in color too . . .” and you know that the hard-won cynicism is buckling under the pressure of a yearning “Second Hand Heart”.

There are nine songs of heartbreak on this album, but the closing song is a delightful hymn to hope.  The singer sees “blue skies and sunshine up ahead” and knows that “even fallen angels need shelter from the harm.”

If that sounds like a tedious dose of misery, you haven’t heard the way that Dwight Yoakam can bend his voice and work his guitar.  It’s not a subtle parlor game to guess at some of his inspirations – Buck Owens, Elvis Presley, and Buddy Holly  live on in Dwight Yoakam’s memory and voice.  Each song sounds fresh and individual, but securely sewn into the fabric of the album.

Over at Deliberate Obfuscation, Robin recalls the great show that Dwight Yoakam put on for us at the Forecastle Fest in Louisville last summer, and generously tolerates my tendency to sing along with some of my favorites.  (My version of “The Heart that You Own” will bring tears to your eyes, one way or the other.)  She proclaims herself a fan, and I have duets to look forward to on our road trips.

How can I have anything but praise for an album that I know will make my cherished road trips with my wife even better?

Next up:  Way Out Weather, by Steve Gunn 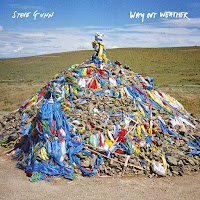 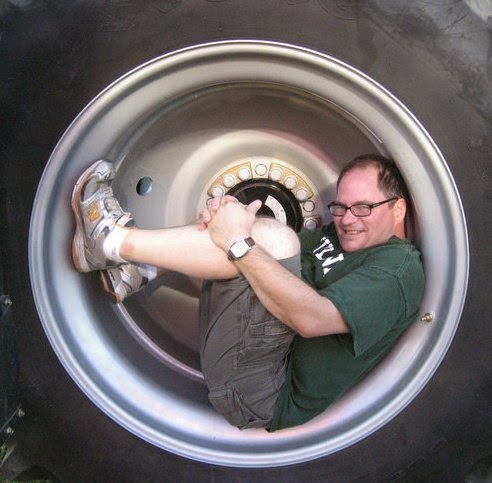